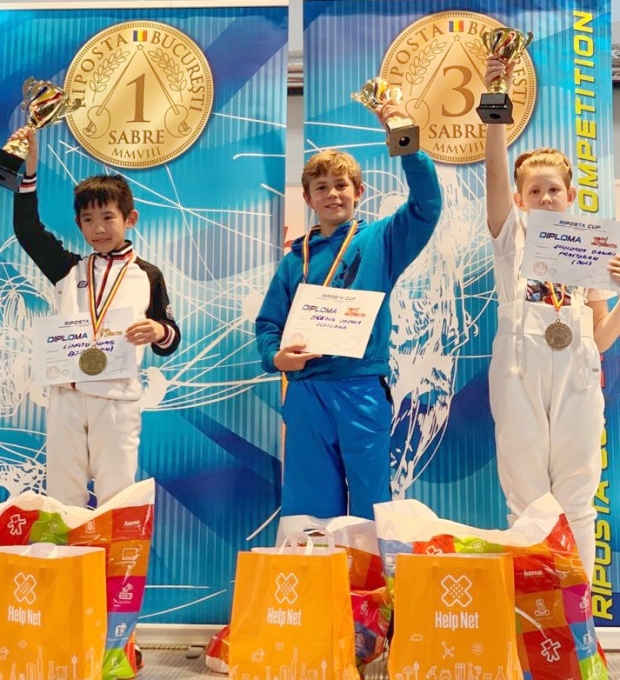 Magnificent performances by Josh Bryden took him through to the semi-finals of the prestigious Riposta Cup. Held in Bucharest each year, this event attracted over 50 fencers from across Eastern Europe and China. Josh is the first Scot to make the journey. He won all his poule fights and progressed as the no.3 seed, eventually winning the bronze medal.